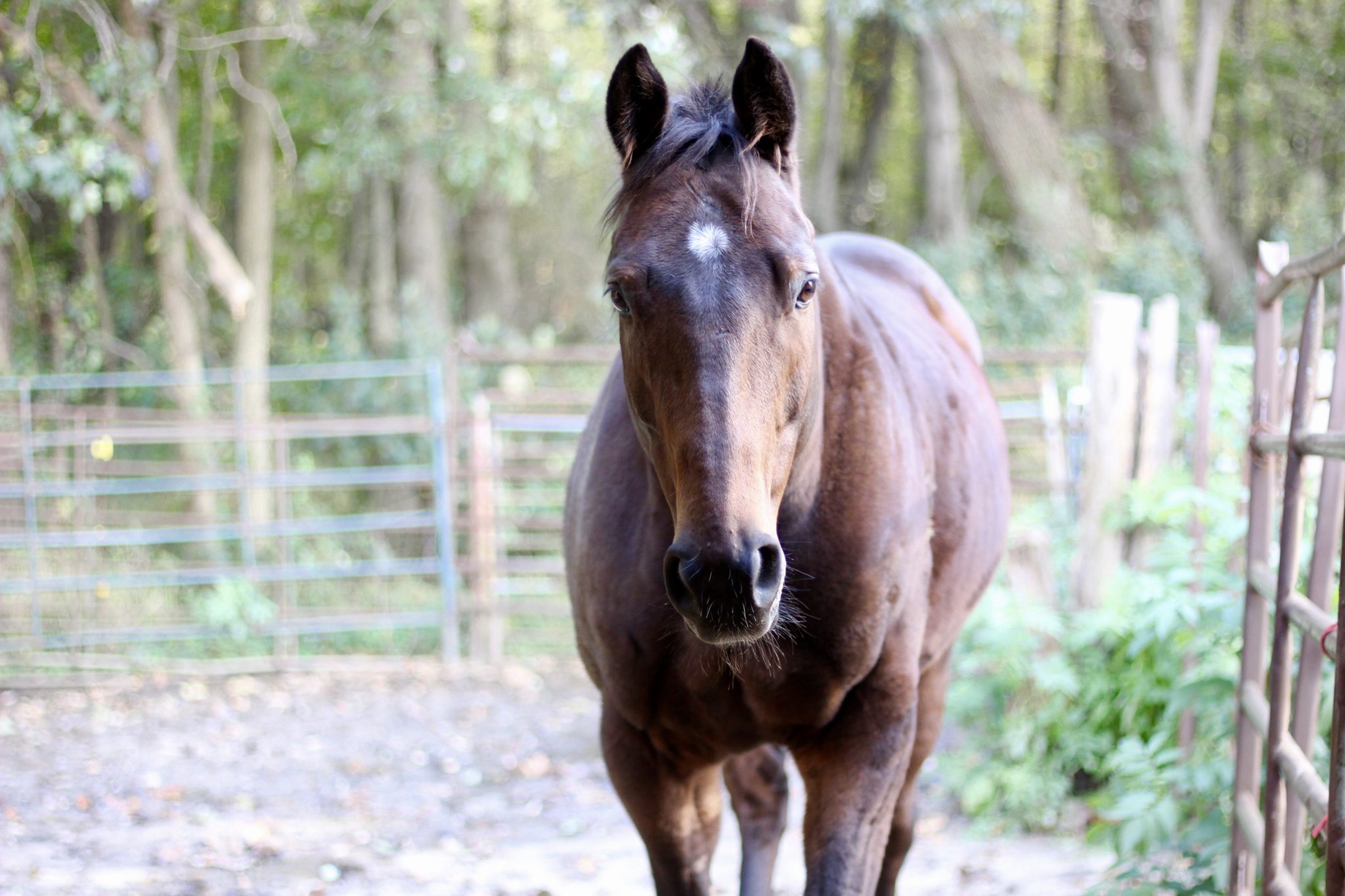 After two, very long, painful, and rather boring weeks being injured, I am FINALLY back in the saddle.

A few weeks ago I managed to clip my foot in a lawnmower and you can guess how well that turned out for me. I’ve been on the mend since then but in the meantime my boy Indy has seemingly enjoyed a few weeks off work as well.

But for now it’s back to work for the both of us and I really couldn’t be happier about the work ahead. It’s not until you’re injured that you realize how nice it is to be fully functional.

Prior to putting myself on the injured list, I’d ridden Indy a total of 4 times, once very briefly, maybe 15 minutes, while the other 3 riding sessions lasted about 45 minutes each. We preceded every ride with a short session on the lunge line, walk, trot canter, and then incorporated some de-sensitizing, sensitizing and stretching exercises on the ground. During our last ride before my accident, we did our first bit of walk, trot, canter work followed by a whole lot of walking and standing still.

Fast forward two weeks and here we are.

I started on the ground, just as I have been, only this time with a solid 14 days in between. And just as before, as if we’d barely taken a day off, we were back to work.

We started warming up with a short 5-10 minute lunge session so we can work on listening, bending, and pacing. This week we got a little nervous over a brown paper bag that blew through the arena, but nothing more than a moment of tension before he leaned down to sniff it and got over it.

We’re getting there. Our moments of uppity-ness are few and far between but for those few moments I’m reminded, “Yup, this is why I’m lunging you.”

His frantic energy is also due to something particular to off track Thoroughbreds and all ex-racehorses. Racehorses are balanced movers… at a gallop. Developing this balance at a trot and canter with a hundred plus pounds on their back is something entirely different. To get through this we’re working on softening his transitions both on the line and under saddle and incorporating lots of poles for him to trot over. Poles especially help in forcing a horse to pick up its back and shoulders and collect.

One of our three riding sessions was our weekly group lesson. While we didn’t canter during the initial warm up, Indy had his longest trot sessions to date, trotting for 5 minutes in each direction.

This was probably his biggest physical and mental test to date and despite his difficulty, he was able to nicely collect several times while turning on the rail. There’s the light at the end of the tunnel!

Of the many things I’ve read and now have started to experience with my own OTTB, is their propensity to get a little rammy during work. By this I mean that at a trot, a working gait that’s a lot of work for my newly off the track, unbalanced, not used to trotting with a human on his back kind of horse, it’s easy for him to want to kick it into a higher gear because that’s what he’s been trained for in his previous career – Grab the bit and go fast.

It’s my job during this retraining process to change his thinking about this. Instead of grabbing the bit and going fast, I’m asking him to pick himself up and collect himself into some semblance of a frame while moving forward.

That’s a lot to take in for a guy who just started at this! Imagine a professional trainer correcting your form as you lift weights… All of a sudden more muscles start to hurt because the reality was you’d found a way to work around the target muscle group. Horses have the same tendency and rather than stop showing up to the gym, we put them through their paces just as a trainer would to us.

Which is why, quite simply, you need to have patience, and have a lot of it. Rome wasn’t built in a day and neither will a perfect ex-racehorse. It’s my job to be patient but firm and understanding. Anything less than this either encourages an existing bad habit or creates a new one.

While I can’t control everything my horse does, I can make sure we begin and end on a positive note. And by that I do not mean just giving my horse treats, even though yes, that’s exactly what I do. Ending on a positive note isn’t our human interpretation of that. It’s ending when there’s been some definitive comprehension and understanding on the part of the horse. You can’t end a session in the middle of a struggle. You might end a session 2 steps farther back than where you were at one point during the session. Any and all of those combinations is OK. Working with horses and especially retraining an off track Thoroughbred isn’t a straight line in an upward trajectory, nor should it be.

You can choose to see the moments that test your patience or test your limits in the saddle as walls that you have to break down. Or just as sticky spots that you’ve got to get through. Focus on moving through the bad and ending with the good and I have no doubt you’ll be making progress before you know it. 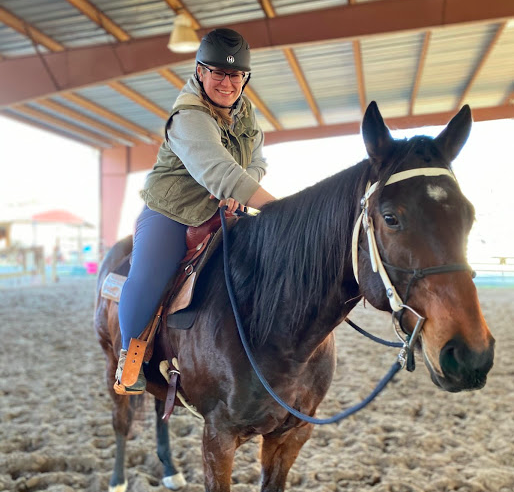